The People’s Buddhism Study Society celebrated the opening of its new building with a Grand Opening Ceremony graced by more than 80 Venerables, representatives from various Buddhist organisations and many Dharma brothers and sisters. This day was blessed with a light drizzle of rain in the early morning prior to the start of the festivities – a refreshing and welcoming beginning to an auspicious day! The energetic Lion Dance troupe set things in motion, welcoming the arrival of guests and ushering in the joyous mood before the first segment of the day’s celebration commenced; the Ribbon-cutting Ceremony at the entrance of the new building. 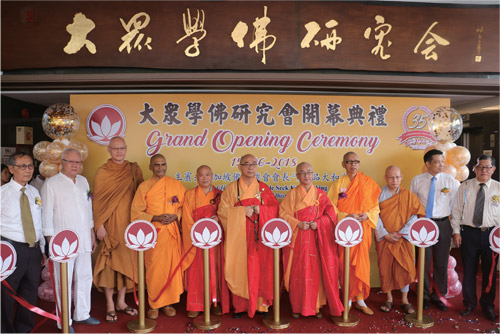 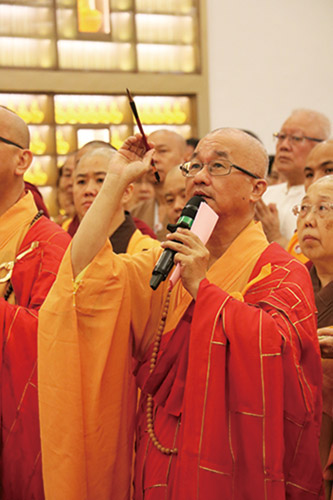 Unveiling and Consecration of the Big Buddha 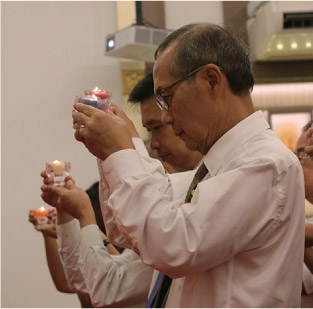 After these ceremonies, the hall lights were dimmed, setting the stage for the Light Offering Procession – beautiful synchronised offering of lights by representatives from PBSS flanking the sides of the hall with lotus candle lights; a choreography by Singapore’s renowned choreographer Mdm Goh Lay Kuan. This is a significant moment representing not only the light offering to the Buddha, but also the transference of light; the unceasing and boundless illumination and transference of the Buddha Dharma. 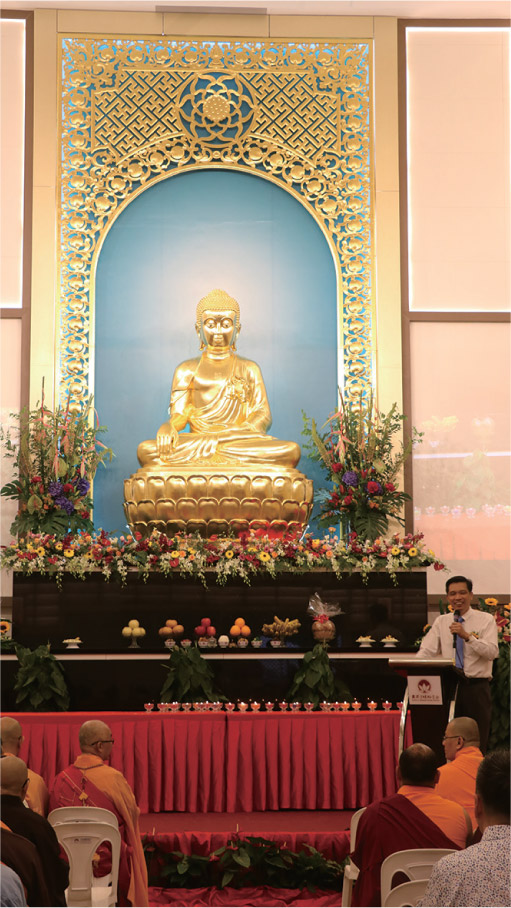 The Opening Speeches delivered by Mr Lye (in Chinese) and Mr Ng (in English) were heartening recollections of PBSS’s compelling journey, from the initial set-up of its first premises to the present-day 8-storey building. In addition, it was exceptionally meaningful to have Venerable Kwang Phing to officiate the opening ceremony where in his Opening Address, he shared his experience as one of the young undergraduates who helped start PBSS. Venerable Yuan Ching also urged PBSS to continue its Buddha Dharma mission and to benefit the Buddhist community through outreach and education. Lastly, PBSS extended its gratitude to all who has helped in ways they could, like architect Mr Teo Kim Swa and his project team who helped with the conceptualisation, re-building and interior design of the new building.

In the closing segment of the ceremony after the Plaque Unveiling Ceremony, tokens of appreciation were presented to the Venerables and individuals who made the construction of the new building a great success. And adding the final sweet notes to the occasion was the PBSS Choir’s beautiful choral renditions of Buddhist hymns.

Extracted from For You Information Issue 351